Double-knit Verso Weave™ fleece provides a blanket-soft feel and uses a circular grid pattern to create air channels, keeping you dry by funneling sweat up to the second layer. Polartec® Alpha® Insulation takes the hot sweat sent up from the first layer and then hangs onto the heat to keep you toasty while kicking the moisture up to the third layer. The third and outermost layer uses a durable water repellent (DWR) finish to seal out freshly shed sweat and light rainfall, and features a durable softshell design with 4-way stretch to ward off winds and keep you mobile. 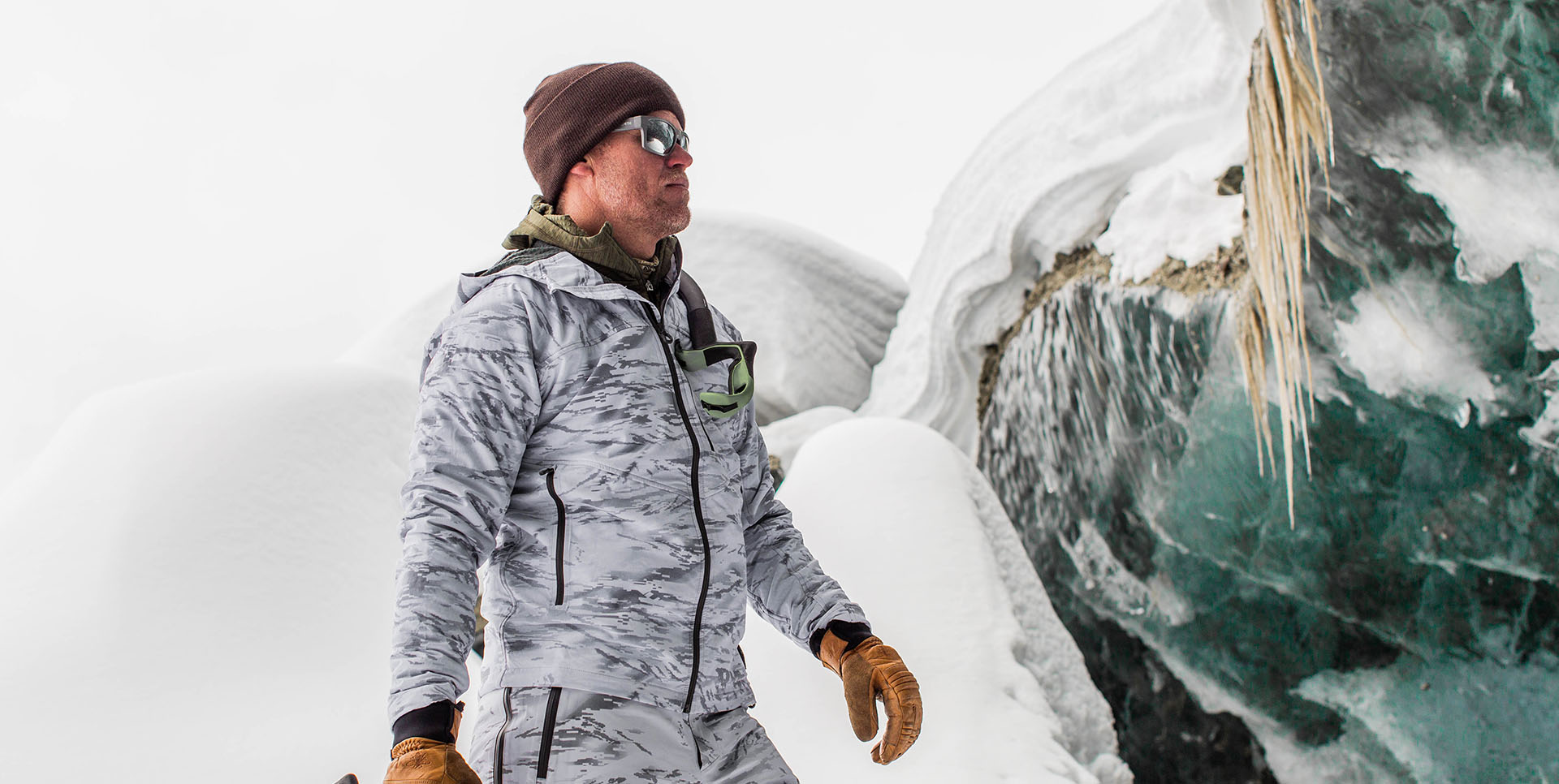 I'm 6'2", weigh about 170, and wear 32x36 pants. With my long arms and legs it can be difficult to find things that fit, especially in technical clothing. Most manufacturers stick to only making standard "Small, Medium, Large" sizing, which only properly fits a small portion of the population. I took a chance and bought this jacket hoping it would fit and work for my needs. To say I am impressed is an understatement! The fit is pretty perfect, though some may find it a bit snug for wearing any under layers and want to size up. I like that it is more snug than a normal jacket because I wear a plate carrier on top of it. With a grid fleece as a mid-layer it is plenty warm enough for active wear in below freezing temperatures. I only wish they made it in more colors like multicam arid or MARPAT desert!

Camo looks great. Large fits my Med-reg frame perfectly, loose enough for thin under layer (think fleece). Stretches enough for easy movement. Does a great job cutting the wind (last week has been single digits with 20mph winds). My first Beyond purchase, not my last.

It has a wide hood that can accommodate other hoods below it, although it was designed for helmets. It is slightly more compact than the Testa Softshell 5 jacket. I can fold the aptus up quite well and stick it into my tenzing pack. The side pockets have a deeper well, so things won't fall out sideways as easily. It has the heart outside pocket, which is great.

The fleece lining reminds me of how honey comb blankets are, except instead of trapping heat in the pockets, the circles allows heat to transfer between the layers. I wore it over a L3 lochi reversible. I am 5 8 ish, 170-185 lb, with thin bone structures. The L3 lochi fits with an M, barely, around the shoulders, and somewhat tight on the lower back and belly. The Aptus I got was L sized, so easily fits over the L3. I felt no mobility constriction as a martial artist and massage worker, except at the elbows which prevented full contraction via the biceps.

It is slightly heavier than the L3 Lochie, about the same weight as the Testa Softshell, but is less bulky than the Testa Softshell 5 due to the compactness. Temperatures in GA now a days is 29 low 50 high, and it felt great during the evening and morning. During noon, unzipping both layers to mid solar plexus works to ventilate. I don't wear the Aptus as the second layer only, especially since my first layer is a summer shirt, since it doesn't trap the heat next to the body. It works better as an outer third or 4th layer.

I've bought a few pieces of Beyond's clothing line and they are quite well designed. Even the sleeve pockets have a use, although perhaps not the way they intended it. I put crystals and potential armor into the pockets. Anti cut gloves can be stashed there, to be used later, or even just to protect your bicep in a martial conflict. Cloth armor was often used as a base layer back in the ancient days.

A
Alex C
Love this jacket

This jacket is surprisingly warm, even in sub freezing temperatures. Also great to layer with and has been my daily in northern CO. I ordered a medium and the cut is very athletic, but fits very well.

havent had a chance to run this yet but materials and design are on pt- going to be my new go to for both hot weather and wet weather.. love the 4 way stretch soft shell materials for these and the a9 pants, genius!

These are fantastic pants. Comfortable, and they actually fit me. I had to exchange for a smaller size, but it was pretty painless. Pockets are in good places too.

As a tall guy, I just recently discovered Beyond Clothing and their tall sizing. This wind shirt is very well made, and the fit is excellent for my slim, athletic build. I often have a hard time finding sleeves that are long enough. I purchased the large long size, and I'm 6'6" and 195lbs.

The product is great, although I needed to send back for a different size. When I processed my return I was told to give it 5 business days for the item to ship. It’s been over a week and two emails have been sent asking for a status and no response and no number to call customer service. For the price you pay for the products you would think customer service would be better!